Where to eat well in Rome 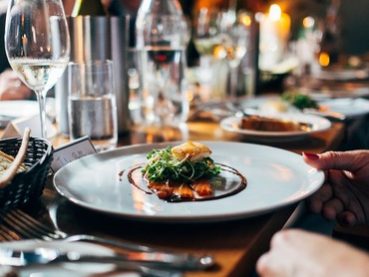 Rome, one of the Italian cities in which you can eat best: find with us which restaurant to choose

Pajata, abbacchio, coratella, amatriciana, carbonara are only some of the traditional Roman dishes but the menu is still very long and if we had to mention every dish we would get to the end of the article with the mouth watering. The purpose of this article is not to mention the recipes but to point out the most chosen restaurants in the city, the ones with traditional dishes and the ones with international cuisine.

The most important thing is not to eat, as you can easily do that at home or in a fast food. What is important is to eat well. Here is where you can do it in the capital city of Italy, maybe with an eccellent driver, able to drive you thought the streets.

1. The trattoria, witness of the First and Second Republic

To go out to eat, for many Romans (but not only) means to go and eat at the trattoria. Da Gino al Parlamento is one of the most valuable ones in the Eternal City, and it is nearby the buildings of power. There you can taste traditional Roman dishes: from the classical cacio e pepe – pasta with a special combination of an Italian cheese and black pepper – to the minestra di broccoli in brodo d’arzilla – a soup with broccoli and arzilla, a fish belonging to the family of the ray. Gino’s menu will be able to satisfy even the most discerning palates.

2. The historic tavern that winks to design

Never deny a seat to the workers who come to the restaurant: this is the philosophy of Felice, historical innkeeper of the homonymous trattoria, still run by the Trivelloni family, where you can taste – according to The New York Times – the best cacio e pepe in the city. Welcoming and informal, Felice has nevertheless renewed its style, modernising the rooms according to the latest trends in contemporary design.

3. For the most delicate palates

The Roman cuisine is delicious, but you can’t deny that it has very strong and decisive flavors and not everyone might like it. For the most refined tastes, an excellent alternative to the classic trattoria is Glass Hostaria, a sophisticated restaurant run by the starred chef Cristina Bowerman, where you can enjoy a menu inspired by the local tradition but revisited in a modern key. Ideal for the most delicate palates.

4. The charm of the ghetto

One of the peculiarities of Roman cuisine is the cultural contamination: many traditional dishes, in fact, are strongly influenced by Jewish cuisine, such as carciofi alla giudia, the tasty fried artichokes. The best place to enjoy them is at Sora Margherita, a restaurant right in the heart of the district and surrounded by a special atmosphere, perfect for a dinner different from usual.

What to do in Milan on rainy nights
18 December 2018
Go to Top
Our website uses cookies to offer you a better browsing experience. Cookies allow us to count visits anonymously and do not allow us in any way to identify you personally. Learn more by clicking on More info and discover how to reject cookies, in part or in total. If you scroll the page or continue the navigation you accept the usage of cookies.OkMore