Business trip to London: here’s what to know before you leave 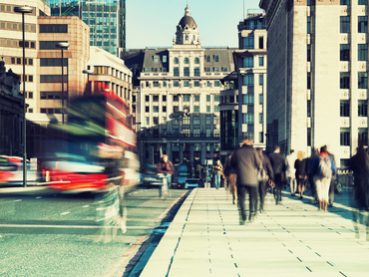 London, a multicultural and dynamic European metropolis, the capital city of United Kingdom and a symbol of fashion and business, is a must-see for tourists from all over the world for hundreds of different reasons.

Certainly, it is one of the most visited cities by business travelers: London is in fact the first banking center in the world, thanks to the financial activity of the City, and it boasts the highest GDP in Europe.

So, here’s what you need to know for a perfect business trip to London.

First of all, pay attention to which London airport you choose for your trip. The English capital boasts 5 airports, as the crow flies relatively far from the city, but well connected: the most important is Heathrow, about 22 km from London, followed by Gatwick, 45 km from the center, then the airport of Stansted, 48 km, and Luton, 55 km.

London City Airport is located within the city: this is the most suitable for business trips, so as to reduce as much as possible the travel time to devote yourself totally to business.

London’s public transport system works well, but the city is really big (it is the third largest city in Europe with an area of over 2,000 km2) and the transport network is quite complex.

One of the symbols of London is undoubtedly its underground (for the British people “the Tube”), which dates back to 1863 and is the oldest in the world. Today it has 12 lines plus the railway line. Rates depend on the area to be reached: London is divided into 9 zones. If for a tourist taking the subway is certainly an experience to try, those who travel for business probably prefer faster and more direct travel: an ideal solution, especially if you are not traveling alone, can be the rental of a private bus, or possibly a rental service with driver.

3. Doing business in London: the City and Canary Wharf

The City, or Square Mile, is Europe’s largest financial district and one of the largest in the world. It is located in the heart of the city’s historic center and it is home to numerous brokerage firms, banks, insurance companies and law firms. London now also boasts another financial centre: Canary Wharf, which hosts three of Britain’s tallest buildings.

What to do in Milan on rainy nights
18 December 2018
Go to Top
Our website uses cookies to offer you a better browsing experience. Cookies allow us to count visits anonymously and do not allow us in any way to identify you personally. Learn more by clicking on More info and discover how to reject cookies, in part or in total. If you scroll the page or continue the navigation you accept the usage of cookies.OkMore